You are here: Home > Africa > Nigeria > Landcruiser vs Sorento 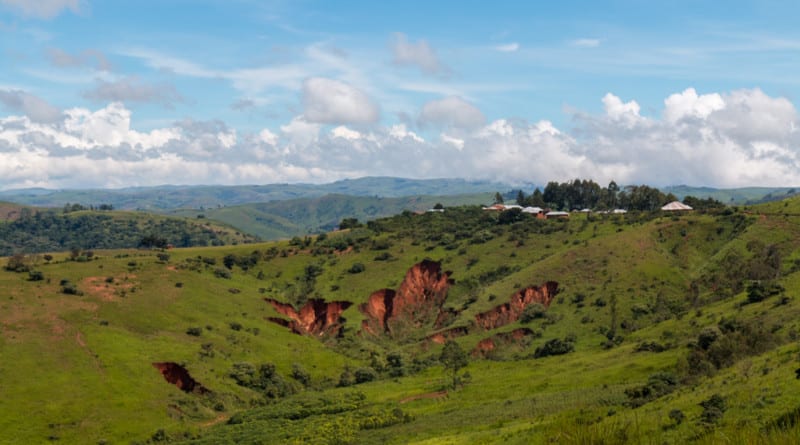 From Nigeria the (fastest) route to the south of Africa leads through Cameroon. Normally everybody that makes this precarious trip crosses the border near Ekok, but a few weeks before I was going to pass through the presidictator on duty, Paul Biya, closed the door. Because in the region just across the border, locally known as Ambazonia, rages a civil war. And burning down villages with everybody still in it is simply goes better if no pictures of that appear on www.edvervanzijnbed.nl. Either way, everybody in a car or on a bike needs to use a more northern route, around the conflict area, into Cameroon. But that’s not that simple. Because first you have to pass through an area where kidnappers and other criminals are active, and drive the last part over hardly navigable roads and through a couple of rivers.

Within the community the news that my loyal KIA was better equipped for the African infrastructure than a Landrover Defender spread like wildfire. So my whatsapp got flooded with requests from Toyota Landcruiser owners that wanted to travel this stretch together with me, just to be on the safe side. Something I could totally relate to given my personal experiences with a Toyota. After consideration I chose Alan adn María José, a very sympathetic English/Spanish couple. I can’t believe how lucky I was, because everyday we had so much fun together and the Toyota was, unlike the KIA, equipped with a refrigerator; filled with delicious food. Landcruiser vs Sorento, 1-0. Up to Gembu the roads proved to be paved, and the last part even of a real decent quality. On top of that in Nigeria, just like in the Netherlands, the further you go east the friendlier the people become. There were however more than enough checkpoints, the Toyota had the advantage with those because it’s a lot higher. Because of it officers can’t lean into the window so easy to look around for stuff they’d like. Landcruiser vs Sorento 2-0.

In short, we were doing fine and after all the warnings from the travel community it was a lot easier than we expected. Nevertheless the three of us were still worried about the last stretch. So we left just after midnight, around six-thirty to be more precise. Right after we started we almost got lost, but when the KIA took over the navigation a Nigerian on a bike put us back on the right track. Landcruiser vs Sorento 2-1. Soon after we reached the first river we had to cross. Finally my extremely expensive snorkel was going to make itself useful, I thought. But alas, the water was waist deep at the most. So it wasn’t the slightest problem for the KIA, but unfortunately this obstacle was a tad too much for the Toyota which got stuck halfway through. Landcruiser vs Sorento 2-2. The Nigerians there pushed the car to the other river bank and we continued our journey. Not much further down the road we had to pass a little bridge that consisted of nothing more than two small concrete beams. Here it proved to be an advantage that the KIA is six centimeters less wide so it could pass over the beams, while one of the wheels of the Toyota just missed one of them. Landcruiser vs Sorento 2-3. The rest of the route the parcours got ever more fun, and especially after we crossed the border more challenging. However, neither one of the cars got into trouble again, so the victory for my loyal friend was never at risk anymore.

More dangerous than I thought