You are here: Home > Central Asia > Kyrgystan > And the winner is…. 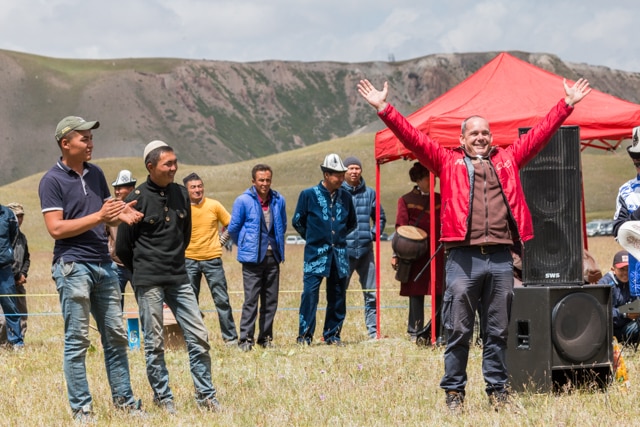 Shortly before we were supposed to leave Kyrgystan we heard, just in time, that there would be a ‘Horse and Yak games festival’ held close to the border. There we could get to know traditional old Kyrgyz sports like the well known game of Ulak Tartysh. In case you’ve never heard of it, it’s just like rugby but with all players riding horses and instead of a ball they use a dead goat. So something completely different really. It goes without saying that we immediately decided to stay an extra day so we could visit the festival. Another advantage was that the place where the festival was held was high up in the mountains, close to Lenin Peak’s base camp, which meant I would get to see the mountain after all. At the same time we would be able to get acclimatized before hitting the Pamir Highway with it’s high mountain passes of up to 4655 meters above sea level.


The day was kicked off with a performance of a band in traditional costumes and traditional instruments, but right after that things got crazy. The nice thing about the festival was that everything was interactive, meaning that everybody was allowed to participate in all events. Participation was not only free of charge but they also had big prizes, like irons and kettles, for the winners. So the Dutch, who were present in great numbers, were quick of the mark to win some prizes for free. Mostly because some sports were all to familiar to us, like for example chasing women and tug of war. Unfortunately for the Kyrgyz guys the Dutch that attended the festival were mostly tall, strong young men. So for the time being they’ll be alone sipping cold tea in their wrinkled clothes. I myself have won, not without merit, a bronze medal and a traditional hat in the only game that I knew something about: tackling someone. 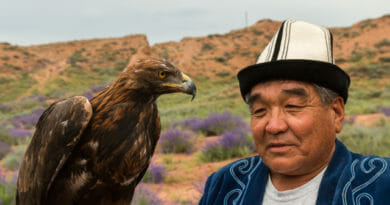 Qatar, what a surprise