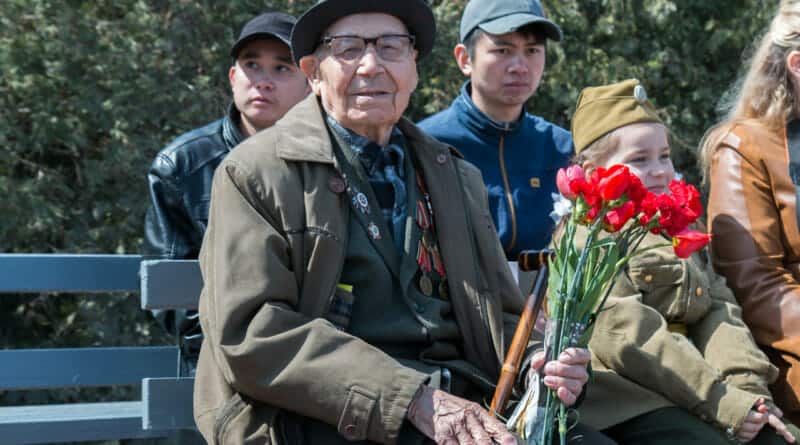 Due to car trouble, and because distances were a bit larger than we estimated, we were already longer in Russia than we had planned. So we could just as well add another two days to our visit in order to celebrate victory day together with the Russians. Here it is called victory day because, contrary to us, the Russians did succeed in defeating Germany in the world cup final. In Omsk they celebrated it in a beautiful way we thought. First the military paraded through Lenin street passed the Assumption Cathedral, and after that it was the common mortals’ turn. Everybody carried a sign with a photo of his or her spouse/father/brother/grandpa/neighbour who died in the war. Moody music sounded from the speakers, and when the crowd walked by the grandstand, where the remaining veterans were sitting, they gave them flowers and chanted: ‘спасибo’. Which means ‘Thank you’. Frequently we had to wipe away our tears. I am so grateful the Russians and the allied forces defeated Nazi Germany. Otherwise we wouldn’t have been as free as we are now, and on top of that there wouldn’t have been as much countries to travel to, cultures and people to get to know etc. спасибo, спасибo, спасибo!