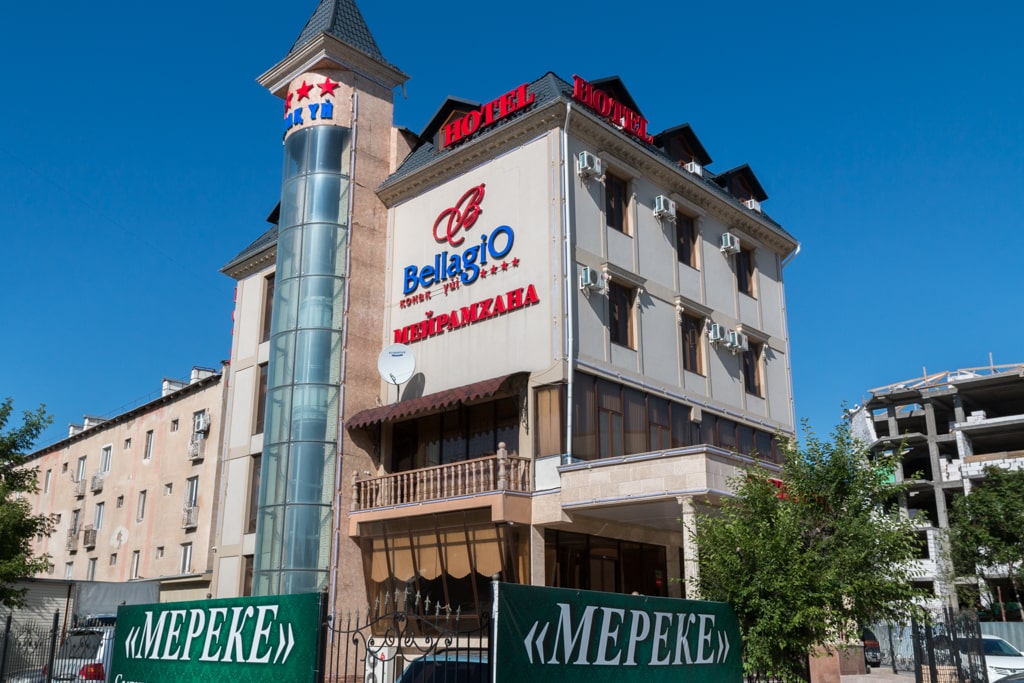 When you’re driving through the steppes towards Astana it’s difficult not to make the comparison with Las Vegas because of the way the city suddenly appears in the middle of nothing. And that feeling only becomes stronger once you’re driving around in the city itself. The petrodollars that flowed into the country have been invested mostly in this city by the first (and only) president of this young nation. The name of this good man by the way is Nursultan Nazabayev, and after visiting the museum he dedicated to himself I can tell you that he can compete with the best of the best of our planet and it’s wide surroundings, like for example supersultan. But never mind that. The city has rather wide streets to connect the numerous megalomaniacal buildings and parks that often carry the name of the president. Besides those buildings you’ll find, to name a few, the stratosphere, Luxor and Caesars Palace. At night you can enjoy a boxing match but unfortunately you can’t go to a casino or ride a rollercoaster afterwards, because Nursultan completely forgot to built them. In the rest of the country the cities are a lot less appealing, but in Shimkent, where we have arrived in the mean time, we’re staying in the posh Bellagio, just like in Vegas across the street from the MGM.