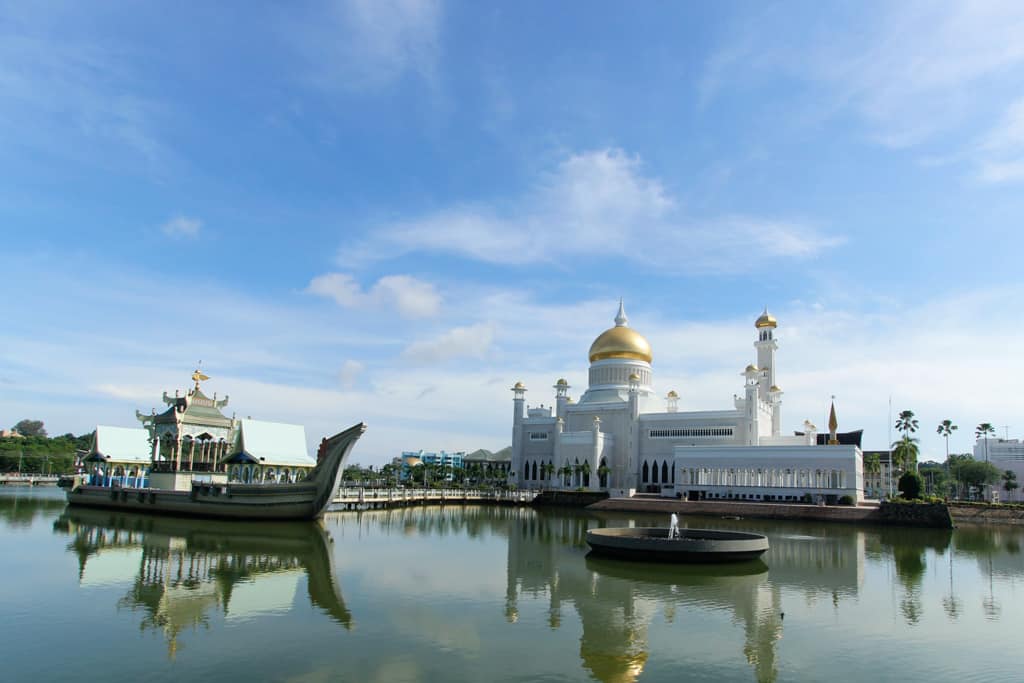 Many years ago when I first heard of the Sultan of Brunei, Hassanal Bolkiah, who was the richest man on earth at the time because of the petrodollars, Brunei was situated somewhere in the Middle East. But that wasn’t tropical enough for the Sultan, so nowadays Brunei lies in Asia on the island of Borneo. And as you can learn in the Royal Regalia Museum the people here  are very lucky to have the Sultan as their leader. The man really is good at everything, he excelled in school, where he besides studying helped his fellow students whom appreciated his natural leadership a lot. After his education he rose in the ranks of the army quickly while practicing multiple sports at the highest level. At the moment he is the boss of the country, in which capacity he combines effortlessly his jobs of prime minister, minister of finance and defense minister with his duties as inspector general of the police force. I wished we had such a great leader. Also, he isn’t greedy at all because he doesn’t keep the oil dollars just for himself, no those are shared fair and square 80/20 with the people. Therefore everybody here can enjoy free education, health care and ridiculously cheap gasoline. Every couple that marries receives a piece of land for free on which a subsidized house is built. On top of that he is world record holder with his record palace. And we shouldn’t forget that he alone is responsible for keeping the whole western car industry afloat with his fleet of over 7000 automobiles. Well, the list is simply to long for this blog so read all about him on his wiki.

In the footsteps of Genghis Khan