You are here: Home > South Asia > Bhutan > Not a bridge too far 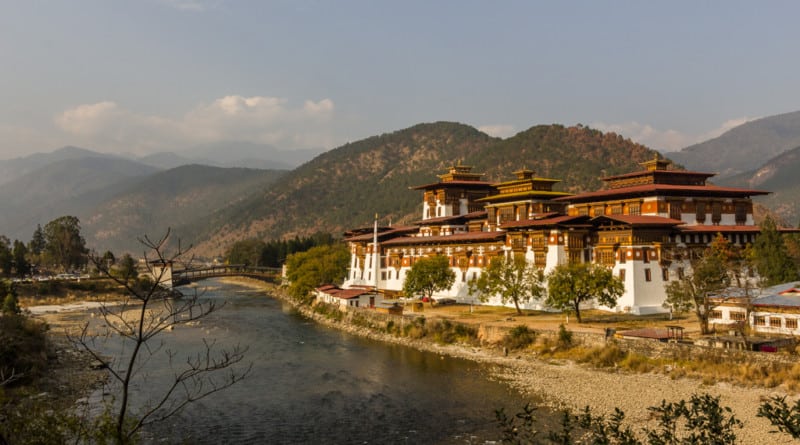 Unfortunately we had to leave beautiful Bhutan way too soon. A country with extremely beautiful landscapes, superfriendly people that walk around in traditional dress, wonderful and often hilarious sages and myths and centuries old dzongs. On top of that breathtaking nature with rare birds, a goatcow, thunder dragons and red pandas. And although they measure the economy in how happy everybody is, this doesn’t mean that it’s a cheap country. As a tourist you pay a pretty steep fixed price per person per day. Fortunately it was low season and I had my own car so they gave me a sizeable discount. On the other hand everything is included in the price: a guide, excellent hotels, all meals, entry fees and transportation. But if you ever have the chance to visit this country, which I highly recommend, opt-out for the chauffeur. Because it’s a lot of fun to drive high in the mountains over narrow, winding roads, along deep abysses without guardrails with oncoming lorries and every now and again falling pebbles.

Anyway, we’re back in India. And right away we had our fun driving here again. As always Google Maps sent us via the shortest possible route, a shortcut that let us take twelve kilometers off our itinerary. The first four kilometers were actually quite doable, but then the road got narrower and narrower very quickly. Then there was a wooden bridge that didn’t look too stable but was perfectly capable of supporting our weight including Lucía’s suitcases. One kilometer further down the road another little bridge shook heavily under our weight, which made turning around an unappealing option. While we were hoping that was the last one we ran into another bridge about a kilometer or two later. But that one unlike the others looked pretty solid. However when we were almost at the other end I saw a big hole in the bridge planking on the right side, where the front wheel would definitely get stuck in. So I made a quick manoeuvre to the left. At that moment the rear left wheel sank through the rotten wood, but by kicking down the accelerator I got the car off the bridge and onto firm land. Going back was now out of the question and we still had about five kilometers to go before reaching the main road. At that moment that seems to be halfway across the globe. Much to our relief there were no more bridges however, but we did have quite the audience when we passed some other obstacles on the road like a river bed. Meanwhile we’re now in Darjeeling, where we can recover from the shock for a few day. After that we’ll leave India for good. Great, because driving in Nepal is a lot of fun, or so I’ve heard. 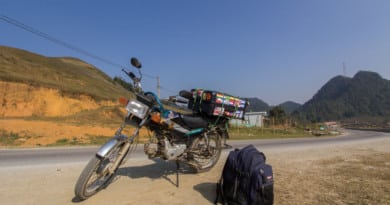 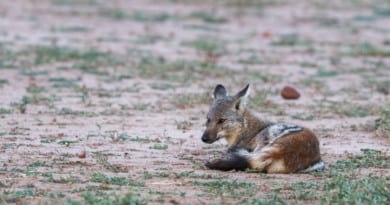