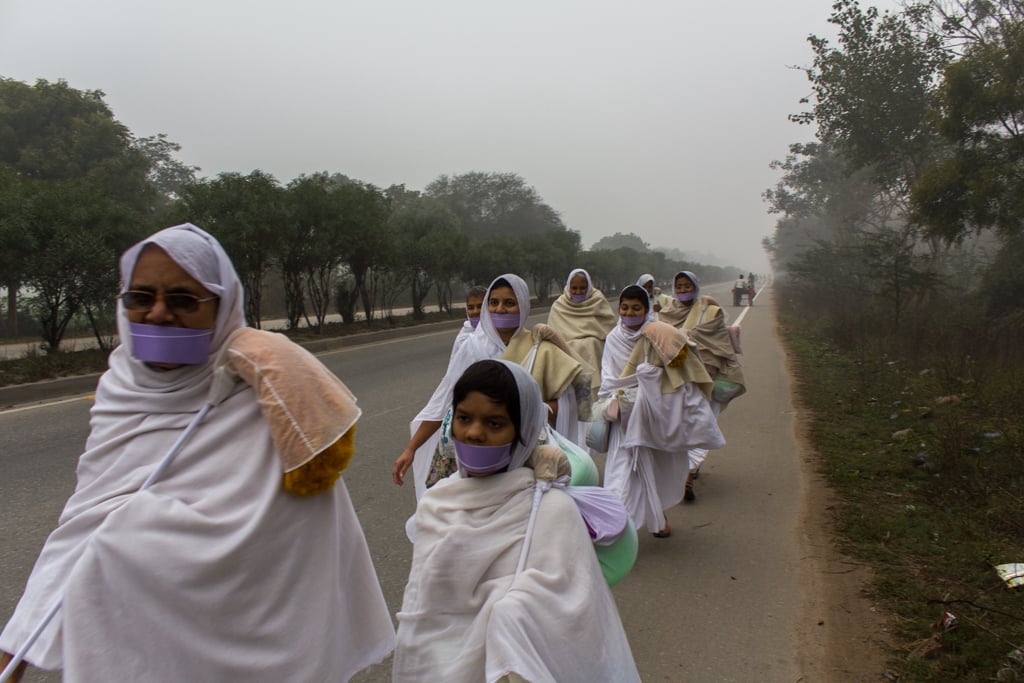 Our time in India was coming to an end and we still hadn’t seen any Bengal tigers. Hence we drove to the Bandhavgarh national park, and like always in India that trip too was extreme. On the one hand because Google maps sends us via the shortest possible route (because shorter is always faster according to Google), so you might be forced to cross bridges that are closed to traffic for being on the verge of collapsing. On the other hand because on the way we came into contact with yet another (for us) new religion, Jainism. And I can tell you that’s a bunch of fundamentalist extremists you wouldn’t believe. Fortunately it’s not necessary to be scared one of them explodes all of a sudden like with other religions because they’re extreme and fundamentalistic in being non-violent. Just like Hindus, that’s why there are so many vegetarians in India, because eating meat means you have to kill to death other living beings. For some people that’s not enough, so they are vegan, which means they can’t eat eggs, milk or wear leather shoes. But those kind of people we have back home as well. Jains however think living like that is way too violent. So they don’t eat vegetables that grow below the ground, like carrots. Because if you pull a carrot out of the ground the plant can’t continue to live, and that’s just inhumane. But even that is not enough to live in peace with the universe. You also have to wear a face mask to prevent inhaling micro organisms, so they won’t die tragically in your mouth. Of course we all shouldn’t want that to happen. The tigers we saw in Bandhavgarh can be found on the other end of the violence scale, at least that’s what I get from looking at their teeth.