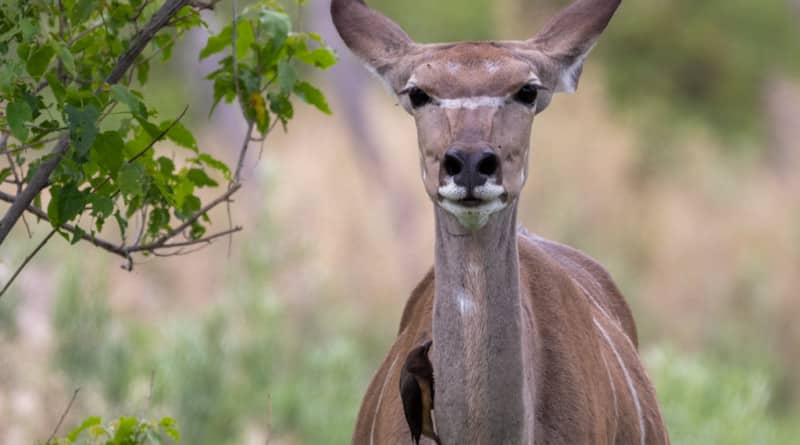 We desperately hoped, after we got ourselves engaged, that our adventures from then on would be fun. So without further ado we left for the north of Botswana to visit the salt pans in the Makgadikgadi Nationaal Park. But when we arrived we weren’t allowed to enter the park because it had rained too much, therefore we would get stuck in the mud they said. However, while we continued in the direction of Maun we passed another park entrance, so I thought to myself: ‘Let’s try again here’. A smart move from my part, because it proved that the rangers there weren’t such pussies so they let us enter the park without a problem. And there weren’t any difficulties driving around either. The dirt tracks there are made up of loose sand which lets the water sink through fast. That night we slept in the with wild animals infested park, for the first but definitely not the last time, in our tent on an unfenced campsite.

The parks in the north of Botswana are connected almost seamlessly. But before we continued from the Makgadikgadi NP into the Chobe NP we made a quick stop in Maun to board a scenic flight over the park in order to see the wild animals from above. A couple of hours after we’d landed it started to rain cats and dogs until sometime during the night. The next day we found out that the tracks in the Moremi Game Reserve offered a lot of excitement because of that. More than fifty kilometer we drove through potholes with a diameter of about six meters and up to a meter and a half deep. Filled with water! So Lucía sat next to me in terror with her eyes firmly shut while I did my best to get the mud land on the roof of the car. At night at the campsite we heard from our neighbour that his Landrover had drowned. After some investigation I determined that water had entered his engine management computer. Well, if the name of your car contains the word ‘land’ you shouldn’t drive through water with it. The readers of this blog know that.

In the morning that same neighbour stated that he had seen a couple of hyenas and a hippo sneak around our tent. But taking a picture was too much trouble I guess. After I tried my best to start his car we left while he was being towed out of the park. The waterlevel in the potholes had lowered a bit when we drove back, but it still was a lot of fun for the people in our car that didn’t keep their eyes firmly shut while we were on safari. That night we camped in between Moremi and Savuti Chobe park, next to a small river filled with hippos that were very noisy all night long. We didn’t particularly like the Savuti Chobe park which we traversed the next day. We barely saw any animals and the holes in the road weren’t very deep either. In part that’s why we raced through in four hours at the most. But that didn’t stop the ranger at the exit to try and give me a fine because I only bought a transit permit that morning. Both inside and outside the park we drove for many kilometers through deep loose sand. Later we heard that Landrovers and -Cruisers get stuck a lot on that route. So they’re useless there too. Before we reached Kasane on the border with Zimbabwe we camped out one more time between the most dangerous animals in the world. This time they were elephants. Lucía barely closed her eyes that night. Well, that figures if you’ve got you eyes firmly shut the best part of the day.

Update: Unfortunately we weren’t as lucky as these people. 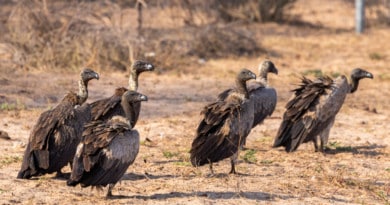