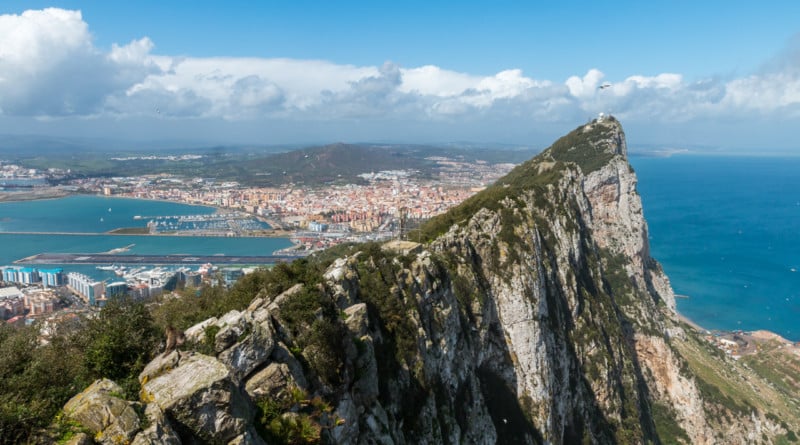 After I had returned to Seville, from my successful Colombian mission, I decided to seize the opportunity and make a quick visit to Gibraltar, before crossing over to Morocco. Because you never know if in a year, when the Brexit is a fact, it’ll still be easy to do so. On top of that, the Netherlands played an important role in the history of Gibraltar, when we conquered this piece of land together with the English over Spain and formalised the deal with the Treaty of Utrecht (my town). So more than enough justification for me to go. I booked a hotel in La Línea de la Concepción. A little Spanish town on the border, so I could enter Gibraltar from there on foot. That seemed more practical to me than taking the car, and deal with all the paperwork that goes with it. Even more so because I was driving around Europe without an insurance, and they tend to check if you have one in the borders.

And indeed, walking across the border it’s not a big deal. On the Spanish side you have to let a machine, which takes a picture of you too, scan your passport. Just like in airports nowadays. After that you walk on to the Gibraltarese who only have a look at you passport because their supposed to. Then you walk across the landingsstrip of the airport into town. It’s amazing how everything from one moment to the next is more English than England. Everywhere you see the typical telephone booths (mobile phones will be introduced after the Brexit), all-day full English breakfast, fish and chips, black pudding, foamless still beer, cars driving on the  right side of the road(?!?!),  Gibraltarese pounds. You name it! And when I was filming on top of the main tourist attraction, the rock, there even had a real English Wanker. The only question is, can I add yet another country to my list of countries visited. Or is Gibraltar just a little part of England?